It’s been a while since we’ve taken a trip on the education express to architecture town, so saddle up and get ready to learn everything you’ve ever wanted to know about TUDORS!

Part Medieval cottage, part fairytale palatial estate, the Tudors that we mostly think of today are actually (fun fact) not really Tudors at all! They’re mock Tudors that are really just throwback versions of the English cottage style built during the Tudor dynasty in the 15th and 16th centuries. I know, impressive branding by those Tudors.

Anyway, this style was largely popularized from the 1910’s to 1940’s with all that prohibition era money being tossed around, because having a Tudor was apparently kind of a status symbol back in the day. They were unique, asymmetrical (which always adds to construction cost), and often times extremely large. Although you can still find Tudor elements into construction much later, Tudors lost a lot of their popularity after World War 2, when affordable housing became more important than blowing the budget just to show off to your friends.

For reference, there are looots of Tudors in Oakwood and west Kettering, largely because that’s when a lot of those areas were developed.

Exterior features:
-Asymmetrical facades
-Steeply pitched roofs with strong lines
-Usually at least brick or stone first floors
-Lots of gables and dormers
-Half-timbering (this is probably what you immediately visualize when you hear “Tudor”, and refers to the exterior horizontal and vertical mock frame boards with stucco or stone in between, see the picture above)
-Tall, narrow, multi-paned windows
-Often times have arched doorways and heavy wood doors
-Elaborate chimneys
-Cantilevered second floors (second floor overhangs)
-Lots of blacks, browns, and creams
-If a house has a slate roof, there’s a good chance that it’s a Tudor. *There’s also a good chance that you should ask the owner of said slate roof to borrow some cash, because those puppies are not exactly cheap.

If I’m being honest, I’ve never been a huge fan of Tudors, but I can certainly appreciate the style and craftsmanship. What say you? 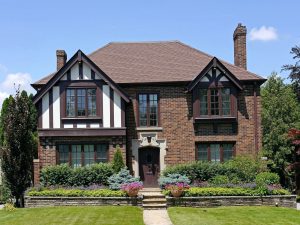 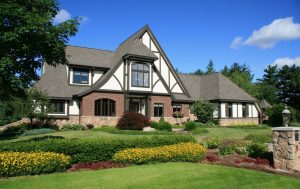 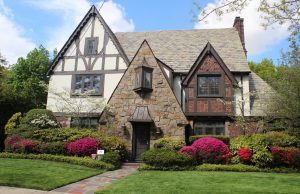 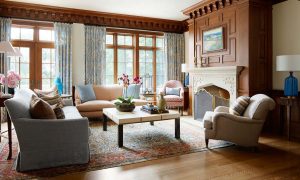 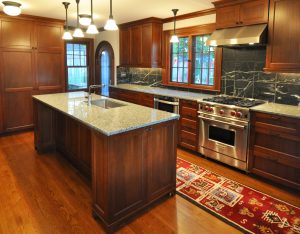 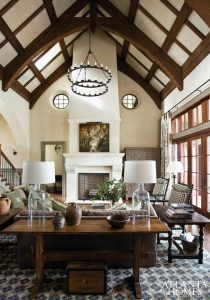 © 2022 The Jeff Probst Group.
All Rights Reserved. | Made by Jetpack